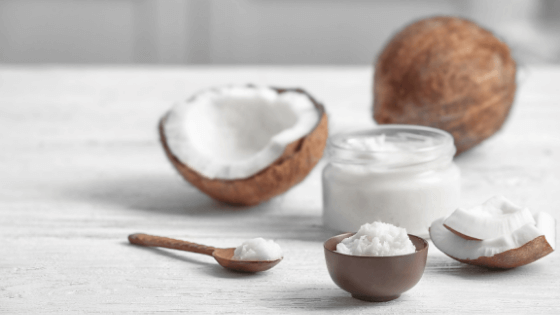 Oil Pulling: How does it work?

Many Ayurveda, Chinese and other ancient medicines have been popularised in the last decade or so, and oil pulling is one of the favourites. Celebrities, influencers, and even some Western doctors have become more open to natural medicine possibilities – and the trends are fast catching on.

Oil pulling is a technique to remove toxins from the body, without ingesting anything, or the need to induce diarrhoea or any other expulsion method.

How is it done?

There are a few variations of how oil pulling is done depending on the region you’re in, or the regional method you follow. Still, at its core, the practice involves using clear oil, being swished around the mouth for around 20 minutes.

To do oil pulling, take a tablespoon of your desired oil. Popular options are coconut oil, castor oil or extra virgin olive oil. The best is to do this as soon as you wake up, on an empty stomach. Place the oil in your mouth and move it around your tongue, in your cheeks, between your teeth and every inch of the inside of your mouth. Some people prefer to wait until the end to gargle the throat.

Be careful not to swallow the oil. Besides the fact that it now holds the toxins you have expelled, it will also cause nausea.

Rinse your mouth afterwards. You can continue your normal morning routine of brushing your teeth with fluoride toothpaste, flossing and rinsing with a mouthwash. It should also help to get the taste of the oil off your tongue. (Just a side note, remember to brush your tongue as part of your daily routine; it harbours loads of germs and plaque.)

What are the benefits?

It is important to note that there isn’t conclusive evidence proving the perceived benefits of oil pulling. No matter how many people have documented improvements in their own life from the method, it hasn’t been scientifically backed. The dental community has long promoted trying natural, herbal and homoeopathic remedies for oral health and comfort.

However, no matter how many natural or home remedies you use, it is important to have your mouth checked by an oral health professional (to see that things are still running smoothly).

Dental insurance helps you to cover the cost of various medical procedures, check-ups and emergencies. The subsidised amount depends on which type of plan you have. Dental insurance policies help many people to budget effectively for the cost of major dental procedures by paying a monthly premium instead of having to hand over a lump sum. As for Affinity Dental, there are three tiers of dental insurance available at different price points. Each of these options covers specific specialist work to various degrees.  Kids and grown-ups all need to visit the dentist at least every six months. Maintenance appointments can start to add up in your budget. Dental insurance covers you for any additional treatments such as crowns, root canals or fillings, whether at the dentist, or specialist practice.

People have reported a reduction in bad breath and halitosis. According to a study in 2016, a control group of 60m people did oil pulling for a certain amount of time and recorded fewer incidents of bad breath. The tests found that the oil pulling reduced the number of bacteria found in the saliva and supported proper oral hygiene. Coconut oil is a safe alternative to chlorhexidine. Chlorhexidine is an ingredient in mouthwashes.

As above, it also removed other bad bacteria from the nooks and crannies of the mouth. Bacteria cause all sorts of nasty things like cavities, tooth decay and smelly breath. It even promotes plaque that coats the teeth and tongue (it’s pretty gross). Plaque damages the teeth’s enamel.

Alongside brushing and flossing, oil pulling can be another effective way to achieve optimal oral health.

According to Colgate, one study noted that oil pulling with coconut oil is as effective as chlorhexidine, a prescription mouthwash, in reducing Streptococcus mutans, the germs believed to cause tooth cavities. No adverse effects have been documented as a direct effect of oil pulling – although people have reported secondary effects like a sore jaw or headache at first from the rigorous motion. Swallowing the oil could cause an upset stomach or diarrhoea.

Oil pulling should never replace brushing and flossing, the site continues. Always adhere to your dentist’s recommended dental regimen and only introduce alternative therapies like oil pulling after discussing them with your dentist.

Not just the mouth

Oil Pulling is linked to benefits for the rest of the body and not just the teeth and gums. There is evidence of it assisting in cleaning the liver and regulating the digestive system. Some women have also used the technique to ensure long, healthy and illustrious hair!

Well, as mentioned above, oil pulling destroys nasty bacteria in your mouth before they can get into your system and cause some serious oral hygiene and overall negative health issues.

Oil pulling is a massively potent detoxifier for your whole body and yes, even your hair!

According to Keekooralcare, not only does oil pulling improve the appearance of your hair, making it glossier, healthier-looking and more manageable, it also speeds up hair growth. It promotes hair growth for those whose hair is thinning.