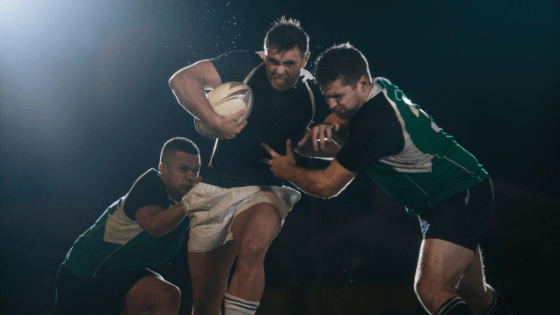 Three sports that are extremely dangerous (for your teeth)

Participating in high-impact competitive sports puts athletes at increased risk of facial injury. It isn’t uncommon to see an athlete with missing teeth. All sportspeople must be equipped with the proper protective headgear (and other measures) before they engage in games and tournaments. Without these precautions, the injuries they sustain could be devastating.

Research done by epidemiologist indicates that globally, the annual number of incidents of dental trauma is at about 4.5% of all injuries. Most dental injuries are attributed to falls by toddlers and sports injuries. The sports that have the most incidents of dental injuries are basketball, skateboarding and boxing. This is because these sports are high contact (except for skateboarding, although skateboarding requires one to do loads of risky tricks that sometimes end pretty badly, if not correctly executed).

Skateboarding is a common cause of dental injuries because skaters tend to ‘misjudge the rails’. Although the skaters are often protected by knee and elbow pads as well as helmets, there is no requirement for mouth guards when competing professionally. Skaters love doing extreme, dangerous tricks that look phenomenal but can be risky. Sliding down raised tarred or wooden structures at a speed that has the propensity to cause the skater to dive face-first into the ground puts their teeth at extra risk!

Besides injuries to the face, there are in fact high incidents of other injuries in the extreme sport. Skateboarding injuries often involve wrist and ankle sprains, bruises and breaks too. Injuries are also common to the arms, legs, necks of skaters.

Playing basketball doesn’t sound as dangerous as other sports, but the sport is well known for causing a number of dental injuries now and then. The defence strategy in basketball is to elbow your opponent and this is when most of these injuries occur.

SISU reports that in 2007, a study published in the Journal of the American Dental Association noted that basketball had the highest number of dental injuries of all sports. In fact, according to basketball injury statistics, over 1 in 10 male players will suffer a dental injury per season.

Being one of the most common contact sports, one would assume that boxing had the highest rate of dental injuries (actually being hit in the face seems like a sure-fire way of getting a sore face, teeth and gums). But, according to an article by the Bedford dental group, since mouth guards are mandatory in this sport, boxing does not top the list of dental injuries. However, boxing without a mouth guard could get you seriously injured, so don’t do that.

As one of the most popular, high-impact sports in South Africa, it is only obvious that rugby is also known for its fair share of cranial and jaw/teeth related injuries. According to Online Library, wearing the appropriate mouth guard (not over the counter, but instead issued by viable, accredited distributors) can lower the risk of injury and save your teeth! The probability of cracks in the enamel of the tooth, lacerations and abrasions of the gum and soft tissue of the mouth are also lessened when the proper mouthpiece is intact. The teeth aren’t only at risk when playing a sport, but can also act as ‘weapons’ against the rest of the mouth.

City Dentist concurs that rugby puts teeth at risk (as well as the neck, spine and organs, just by the mere nature and aggressiveness of the tackles and tactics used in the game). There is a high prevalence of orofacial trauma in rugby union players. Surprisingly, Rugby is seen as less of a danger to the mouth than sports such as basketball or cycling. Rugby is a collision sport, so officials have taken more precautions against injuries; protective gear is non-negotiable on every level (professional or recreational matches) of the sport.

The most common dental injuries, according to a web article by dentalcare.com, are tooth intrusions, crown and root fractures and avulsion.

Crown and Root Fractures are the most common injury. The most common treatment is a crown infraction, which does not require much treatment. This fracture causes temperature sensitivity.

Avulsion of the tooth is when the tooth is completely displaced from the socket. There is a chance that the affected tooth could be replaced. However, the success depends on the length of time the tooth was outside its socket, if the fibres have not been damaged and if it was attended to at least within an hour after the injury occurred. Tooth intrusions are the most severe form of damage and require a filling and root canal therapy. Owing to the severe nature, it must be treated immediately, while tooth extrusion is when the tooth is partially out of its socket. Treatment includes repositioning the tooth, and the dentist will have to monitor it periodically and maybe perform a root canal therapy.

How to avoid oral injuries from sports

Given all the above, the only preventative measure that can be taken when playing any sport, recommended by Dentists, is that you wear a mouthguard, preferably a custom-fitted guard for the best protection. Custom-fitted mouthguards fit well into the right place; they are comfortable and do not interfere with talking.

Mouthguards do not only protect your teeth but also minimises the cause of concussions because they help to absorb shock. They also stabilise the head and neck and limit movement caused by a direct blow to the jaw.

Sports dentistry has become part of the medical regime in professional sports. This does not only allow the medical team to treat and prevent any dental injuries, but also support the medical colleagues at sporting events.

Adults and children need to visit the dentist at least twice a year, and these dental maintenance appointments can start to add up. Dental insurance will cover you for any additional treatments such as crowns, root canals or fillings, whether they are done at the dentist, or specialist practice. Usually, a dentist will refer you to a specialist, if needed. If you need to find an Affinity Dental-approved dentist in your area, click here.